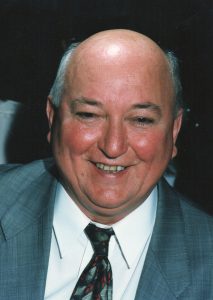 Zdeněk Johan, Honorary Inspector-General of the Bureau of Mines and Geology (BRGM), died at Orléans (France) on February, 13th 2016.

Zdeněk Johan was born on November, 18th 1935 at Lomnice nad Popelkou in the North of Czech Republic (formerly Czechoslovakia). He studied mineralogy at Charles de Prague University, where he graduated in 1958. In 1961, he defended a PhD in the mineralogy of copper-arsenic binary system. Persecuted by the communist regime, he decided to immigrate to France in 1969 and became a researcher at the BRGM. Between 1977 and 1989, he was director of the research Centre on mineral synthesis and chemistry at the CNRS of Orléans. When he went back to the BRGM, he became scientific director and adviser until his retirement in 2000. During all these years, he had a close collaboration with numerous researchers all around the world, and particularly with the Czech Republic geosciences community, who are grateful for his unfailing support.

In his research activities, Zdeněk Johan always underlined the use of mineralogy and crystal chemistry in order to understand geological processes, in particular those linked with the formation of mineral deposits. He contributed to the understanding of ophiolitic deposits, basic and ultra-basic layered intrusions – paying a particular attention for chromium mineralization, platinum mine elements, and metallogenesis of tungsten and tin deposits (with his wife Věra). More recently, he worked on the mineralogy of industrial materials with anthropic origin (slags and ashes). He described many minerals, often in tandem with Paul Picot, his co-author of the excellent Atlas des minéraux métalliques(1977), published in English five years later. A new arsenate NaPbCu5(AsO4)4Cl·5H2O (IMA 1992-037), discovered in 1992 in Cap Garonne mine in Var (France), was named zdeněkite in his honour.

Zdeněk Johan received many honorary awards (medals, honoris causa doctorates). He was elected corresponding member of the Academy of Sciences in 1990. He was Knight of the National Order of Merit (1986) and Officer of the Academic Palms (1993). From 2001 to 2008, he was mayor of his commune Isdes in Loiret (France).

He is survived by his wife Věra, his son Zdeněk and his family. Not only Zdeněk Johan was an excellent mineralogist, but he was also a lettered man, an excellent pianist, a generous man willing to help others. His death is a great loss to mineralogy and geology communities in general, and to his friends and colleagues all over the world.