Bertrand Devouard is a professor at the University of Aix-Marseille and a researcher at the CEREGE department. His research uses mineralogy and crystal chemistry methods, including high-resolution microscopy and spectroscopy, applied to materials such as meteorites, gems and synthetic materials. Bertrand has particular interest for mesostructured, aperiodic or poorly crystallized mineral materials, for which he studies the growth-controlling factors and mechanisms. 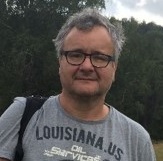 Michel Grégoire is a CNRS director of research working in Toulouse in the “Géosciences Environnement Toulouse » (GET) laboratory. Michel is a petrologist interested in the origin and evolution of mantle, magmatic and metamorphic rocks with mafic and ultramafic composition, in continental and oceanic domains. To carry out his research, he uses optical and electron microscopy together with laser ablation ICP-MS. 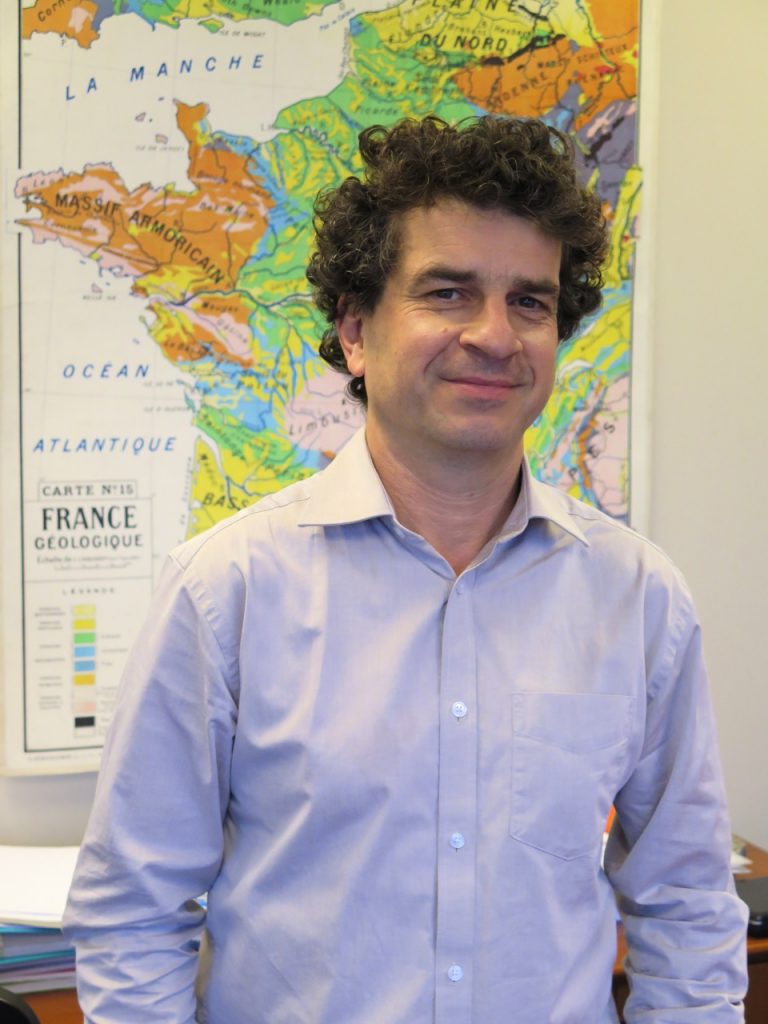 Jean-Marc MONTEL is an engineer who graduated from École nationale supérieure de géologiein 1982 and obtained a Ph.D. from the Institut national polytechnique de Lorrainein 1987 for his experimental geochemistry work supervised by Michel Pichavant and Alain Weisbrod. He worked in Clermont-Ferrand as a CNRS researcher from 1988 to 1999 at the Laboratoire Magmas et Volcansin the experimental petrology research team. His work then was focussed on partial melting of the continental crust. In 1994, he established the U-Th-Pb dating method with electron microprobe. He moved to Université Paul Sabatier of Toulouse in 1999 where he was awarded a professorship. There he mostly worked on synthesising monazite-based ceramics for long-term nuclear waste storage. He was assistant director then director of the LMTG laboratory (now Géosciences Environnement Toulouse) from 2003 to 2008. Since 2008 he is director of École nationale supérieure de géologiein Nancy. 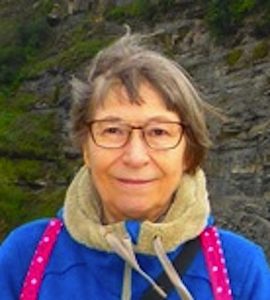 Monique Seyler is an emeritus lecturer working at the Laboratoire d’Océanologie et Géosciencesin Lille. Her research focusses on the study of the lower crust and lithospheric mantle in various geological contexts (mid-ocean ridges, ophiolites, passive margins). Monique enjoys carrying out interdisciplinary studies with fieldwork, petrology, structural studies, geochemistry and numerical modelling. Her recent work has been aimed at the petrology of abyssal peridotites at the mid-Atlantic and sout-west Indian ridges and linked to the genesis of mid-ocean ridge basalt. 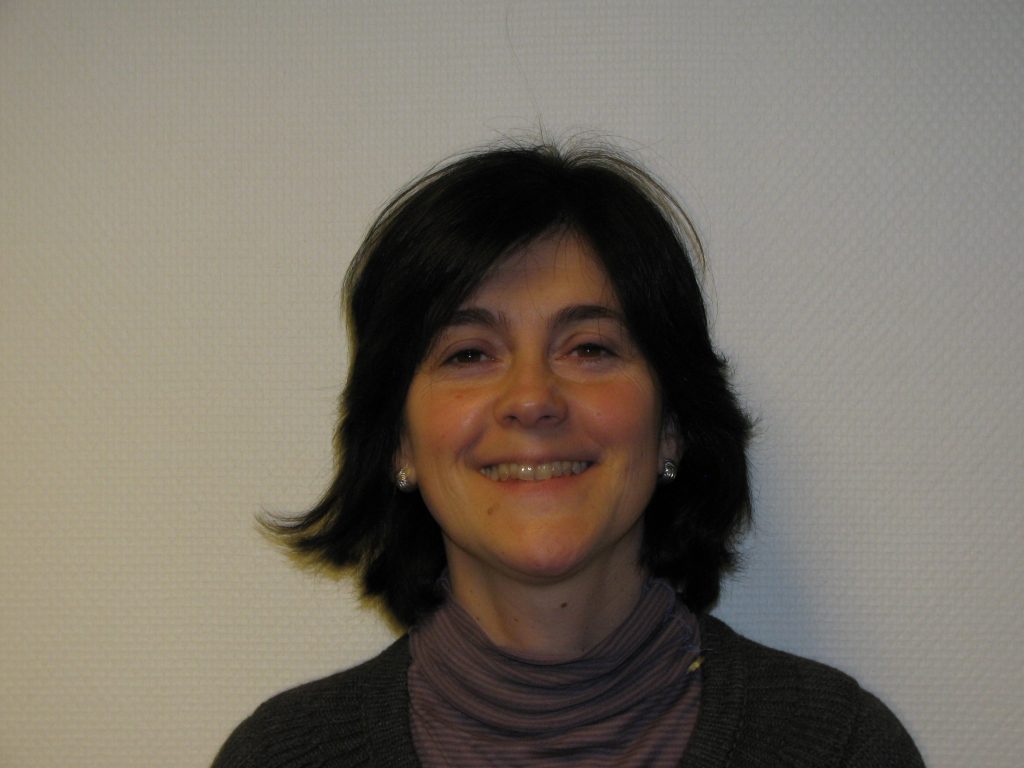 Hélène Bureau is a CNRS Research Director at the Institut de Minéralogie de Physique des Matériaux et de Cosmochimie (Sorbonne University). Her work is dedicated to the fate of volatile elements (hydrogen, carbon, halogen, etc.) inside the Earth: cycles and transfers, storage and origin. For this purpose she uses high pressure and temperature experimentation combined with in situcharacterisations (synchrotron radiation), micro-analysis methods by ion beam, and the comparison of experimental results with the study of natural samples. Her main subjects deal with the growing conditions of diamonds in the earth mantle, and the storage of volatile elements in the transition zone.

CNRS Researcher at Montpellier Géosciences with ageologist background, she specialised in the study of minerals in the earth upper mantle mainly using experimental techniques of high pressures and high temperatures.She studied crystalline defects and their impact on the physico-chemical properties of ultrabasic rocks and their minerals as well as the consequences in geodynamics (process of ion diffusion, incorporation of atomic impurities and plastic deformation).

Benoît Dubacq is a CNRS researcher working at the Institut des Sciences de la Terre de Paris. He studies fluid-rock interactions in metamorphic rocks. His research uses thermodynamic modelling and crystal chemistry to better understand the history of rocks in the lithosphere via their pressure-temperature-time path. His recent work has focussed on the partitioning of trace elements between fluids and minerals. 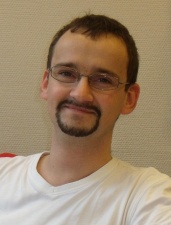 Alexandre Mussi is a Lecturer in Physics at the Unité Matériaux Et Transformations (UMET) of Lille University. He uses Transmission Electron Microscopy (TEM) to study the plasticity of deformed minerals under mantle and subduction conditions. He mainly characterises dislocations by the weak beam technique (WBDF) and Large–Angle Convergent-Beam Electron Diffraction(LACBED), and has developed the transmission electron tomography to characterize their sliding/climbing planes. He currently uses MET orientation mapping associated with EBSD characterisation techniques to study highly deformed minerals. His research primarily focuses on silicates. 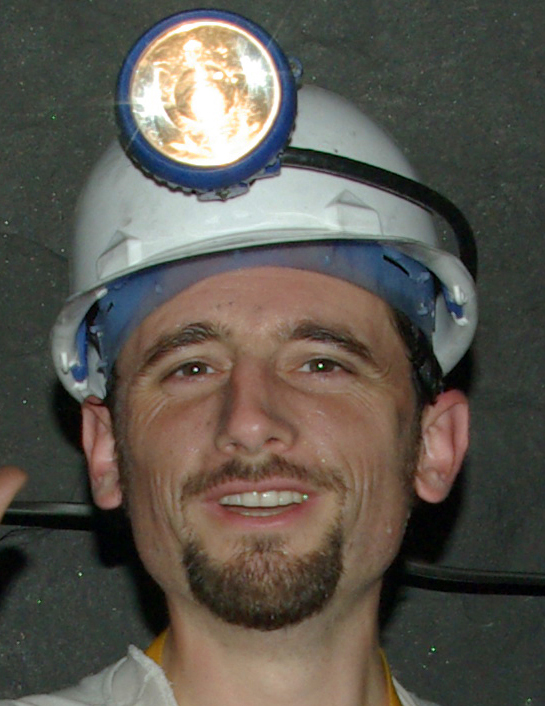 Benjamin Rondeau is a Lecturer at Nantes University. His research, conducted at the Laboratory of Planetology and Geodynamics, focuses on the properties of gems in general, and contributes to the establishment of criteria useful for gemmological expertise. His main activity focuses on the geology of gems, especially opal. This work now leads to the use of the opal as a marker of its formation conditions on Earth and Mars, in particular to reconstitute the paleoclimatic conditions on these planets. 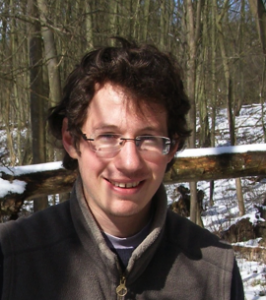 Pierre Barré is a CNRS researcher working at the geology department of Ecole Normale Supérieure de Paris. A biogeochemistry graduate, Pierre in interested in the mineralogy of soils and its role in ecosystems, in environmental contexts. His research has particularly focussed on the importance of soil mineralogy for soil structure and for the dynamics of potassium. Pierre has also been working for several years on the links between soil mineralogy and stability of organic matter. He uses multiple methods of characterisation (XRD, SEM-FEG, thermal and spectroscopic tools) on field-sampled soils, including long term agronomic experiments. 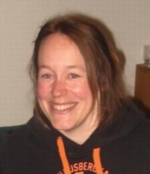 Researcher at Orsay Institut de Chimie Moléculaire et Matériaux (CNRS, Paris-Sud University), Amélie Bordage has a physicist background. She was interested in the impurities present in certain gems and minerals, and in particular the structural and electronic properties related to the presence of impurity. Her research today focuses on functional molecular materials with magnetic properties. The common thread of these themes is the use of synchrotron radiation to characterize the structural, electronic and magnetic properties of the material at a local scale. In particular, she uses the absorption and emission of X-rays, and associates this experimental approach with a theoretical determination of spectra in order to better understand the material. 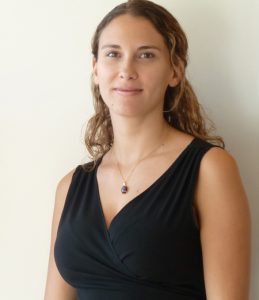 Eloïse Gaillou holds a Master’s degree in Geology from Blaise-Pascal University (2003), A PhD in Material Sciences from the University of Nantes (2006), and a Diploma in Gemmology University. She did her first post-doctorate at the Smithsonian Institution in Washington, DC (2007-2009) and worked on the diamonds in the collection, including the Hope diamond and Marie-Louise’s necklace. She did another post-doctorate in partnership with the Smithsonian and the Carnegie Institution (2009-2010) before leaving in January 2011 as curator associated with the Natural History Museum of Los Angeles. She takes up her current position as assistant Curator at MINES Musée de Minéralogie ParisTech in January 2015. 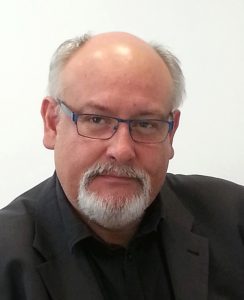 Michel Jullien was awarded a Ph.D. in mineralogy after his thesis on ordering and polytypism in phyllosilicates carried out at the Laboratoire de Géologie de l’École Normale Supérieure (Paris). A geologist with expertise on material reactivity sensu lato, he has worked at CEA for 15 years as a research engineer and project manager in risk assessment, facility and storage safety. He is currently CEO of ECOGEOSAFE SAS, a corporation located at Aix-en-Provence carrying out consultancy and R&D for risk assessment and environmental engineering.

Currently a research assistant at the Institute of Geological Sciences of Bern University, he works in the field of metamorphic petrochronology. He has specialized in chemical and isotopic analyses of electron microprobe and Laser Ablation Inductively Coupled Plasma Mass Spectrometry. He has also developed a program (XMapTools) for quantitative micromapping analysis. This technique is used with U-Th-Pb dating to constrain the crystallisation kinetics and crystallisation conditions of metamorphic parageneses, especially in high-pressure rocks.

Catherine Mével is an emeritus CNRS Research Director at the Institut de Physique du Globe de Paris. Her work concerns the lithosphere formed along the ocean ridges, and in particular its architecture and its interactions with sea water. Her approach combines the terrain (oceanographic expeditions) with petrology and geochemistry.