The French Society of Mineralogy and Crystallography was created in March, 21st 1878 by Mr. DES CLOIZEAUX, Professor at the Natural History Museum. He decided to gather the eminent scientists of the day in La Sorbonne, salle des Actes, after sending them the following letter:

Some mineralogists think it would be interesting to gather once a month to share recent scientific work concerning mineralogy.

So I have the honor of inviting you on Thursday 21st, March at La Sorbonne, salle des Actes, staircase n°3, at 5 pm.

Among 200 invited people, 43 answered and registered as a full member of the Society at once. One can note, among others, Sirs RICHARD, THOULET, FOUQUE and LEVY. The name “French Society of Mineralogy and Crystallography” was accepted by everybody, and beside some reversals over the years, has stayed the same since 1974.

MAIN MOTIVES (according to Jean WYART)

It seems interesting to recall the mineralogists concerns, which led them to gather and discuss about their works in 1878, whereas they were already members of the French Geologic Society, that some of them created a few years earlier, in 1830. The science of mineralogy is as old as the hills. In all its extent, it has been considered as the branch of Natural Science which embraces the mineral world, and then, it covers Earth Science entirely. In all eras, men have used minerals for their tools, their building materials and their ornaments. They have become explorers, miners, and have acquired knowledge to recognize, to find and exploit the land’s mineral wealth. We can find 2000 year-old remains of mines all over the world, with drill-holes of several hundred meters, which reveals an advanced understanding of geology. Among the oldest writings, some like PLINY the Elder, at the beginning of our era, MARBODE, in the XIthcentury or d’AGRICOLA, at the beginning of the XVIthcentury, are entirely dedicated to mineralogy.

However, until the end of the XVIIIthcentury, mineralogy only described some fifty minerals constituting the Earth’s crust, some of them were highly prized for their applications.

Formerly a descriptive science with applications in view, it has become an exact science when René-Just HAÜY submitted his theory on crystal structures in 1781. He created crystallography with a geometric criterion controlled by the measurement of dihedral angles of crystal faces with a goniometer. By defining “the mineralogical species as a collection of entities whose integral molecules have similar shapes and are constituted of similar components linked together with the same ratio”, he characterized minerals, in our language, by a basic parallelepiped, which corresponds to the lattice, and by the atomic content of this lattice. He explained, with goniometer accuracy, all the crystal shapes that can correspond to a same mineral. He has broadened mineralogy with an important number of new species. An extract of René-Just HAÜY’s table III, from his “Mineralogy Treaty” (1801) shows the stacking of “constitutive molecules” (notion of crystal lattice) in a calcite crystal. 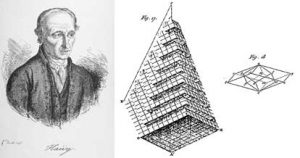 At the same time, Chemistry was quickly developing and was also becoming a quantitative science with the use of the scale, and the discoveries of LAVOISIER, PROUST, DALTON, BERZELIUS, thus leading to the precise chemical analysis of minerals. The simultaneous improvements of crystallography and of chemistry enriched mineralogy. However, HAÜY’s “reticular hypothesis” did not receive a unanimous agreement, and crystallographic calculations put off by many naturalists and chemists.

At the beginning of the XIXth century, some discussions began between HAÜY and BERZELIUS, rejecting HAÜY’s crystal theory and considering “mineralogy in itself as a part of chemistry, which could not have another scientific basis than chemistry”.

Crystallography improvements with DELAFOSSE and BRAVAIS, the use of crystalline optic for mineral identification, in particular by DES CLOIZEAUX, also led to studies closer to laboratories than investigations of field geology. 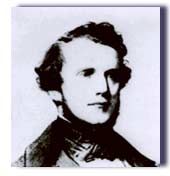 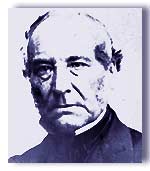 END OF THE BATTLE BETWEEN NATURALISTS AND CRYSTALLOGRAPHERS

Mineralogy is at the crossroads of mathematical, physical, chemical, natural and cosmogenic sciences. The eminent scientists who founded our Society were divided into two distinct groups: on the one hand, naturalists and petrographers headed by FOUQUE, soon assisted by Alfred LACROIX; on the other hand crystallographers, MALLARD, WYROUBOFF, DUFET, with a link between the two groups established by DES CLOIZEAUX. One must admit that this link did not always lead to the creation of a complete union between the groups. Former crystallographers were more aggressive than naturalists; some of them showed very sharp dihedral angles and used rather unpleasant terms in their papers, which required corrections.

Nevertheless, one of the fundamental features of our Association was the warmth which always reigned between its members, the elders being ready to help the beginners and the latter showed the highest deference for the seniors. Because science does not need internal squabbles (alas too frequent!), we hope that most scientists will be able to draw on the good example of unity and detached scientific passion shown by the founders of the S.F.M.C.

At the first meeting of the Association, a commission was charged with organizing the publication of the monthly journal. It reports on the intense activity of the Association while minimizing the work of its members. Indeed, we must not forget the numerous important books they wrote, which were too voluminous to be published. Its main aim, namely “to establish a link between all the people interested in the progress of Mineralogy and Crystallography,” seems so far unaltered. We can even note that this link has broadened to the various topics of Earth sciences.

The first journal reflects the will of the Association’s members to create an innovative and rigorous unit dedicated to mineral sciences. The first note published in this journal is due to HAUTEFEUILLE and concerns the crystallization of silica by dry process, the quartz and tridymite synthesis. Indeed, at that time, several chemists concentrated on the synthesis of minerals by dry process; they reproduced a large number of crystals.

But the importance and the interest of these researches were only highlighted by FOUQUE and LEVY, on the synthesis of a whole natural group of crystals, those constituting volcanic rocks. Crystallogenic experiments are common nowadays and especially well controlled thanks to technical progress. In 1880 it was not the case and research on it was not well developed yet. The theoretical and experimental research on isomorphism reported in the journal also began around 1878. The polymorphism notion was offered to the Association’s members by the publication in the journal of a research paper from MALLARD entitled: “Of heat action on the crystallized substances”. Subsequently, many other articles contributed to the reputation of the Association.

From 1878 to 1978, 122 mineral species were described in the journal, of which 90 are still valid. These species sometimes have complicated names because they reflect the names of many people who have contributed to the development of mineralogy, crystallography and geology. It is regrettable that species dedicated to distinguished representatives have subsequently proved worthless. This is unfortunately the case of the very first “new species” published in the journal: braivaisite (actually an interstratified illite and montmorillonite). As such, we can pay tribute to the work of the “classification” committees in the recognition of new species. You will find a list of those belonging to the Association and published in the Journal. Mineralogy’s journal has not been published since 1989, when it was replaced by the European Journal of Mineralogy.

The journals of the Mineralogical Society of France (1878-1885) and of the French Society of Mineralogy (1886-1948) are digitized and available online on the following site: Gallica de la Bibliothèque nationale de France.